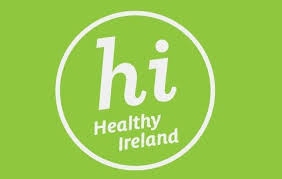 Healthy Ireland was launched in 2013 with the aim of providing a framework for action to improve the health and well-being of the people of Ireland. Yesterday the Minister for Health Leo Varadkar (2nd from right below), announced the findings of the first state-backed survey on the nations' health since 2007. There are some interesting results including a drop in obesity rates and 32% of the population achieve the required level of physical activity to gain sufficient health benefits. 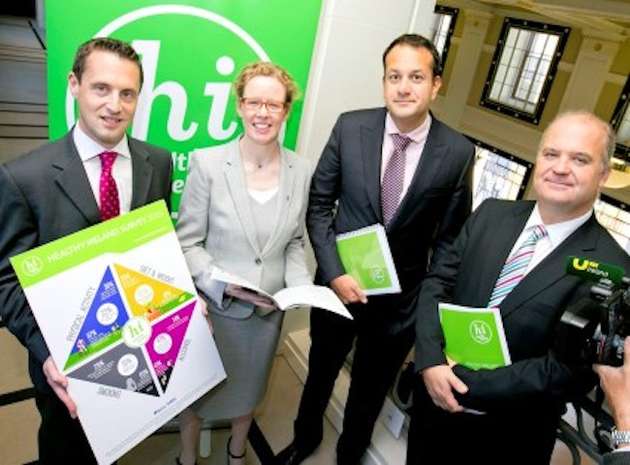 More information on the Healthy Ireland findings which were released yesterday can be found by following the links below:

The PEPAYS Ireland 2018 Forum has now been rescheduled for Saturday 24th November, 9am - 4pm. The programme for the day is the same as the last scheduled day. Those...

We have lost a friend and a valued colleague in Ann Marie Murphy (nee Ralph). In respect of her recent passing, we have chosen to honour her by postponing the PEPAYS Ireland 2018 Forum...

Research session at the Forum

We are looking to invite anyone who is currently undertaking research in the area of primary physical education, junior cycle PE, SCPE and LCPE to contact This email address is... 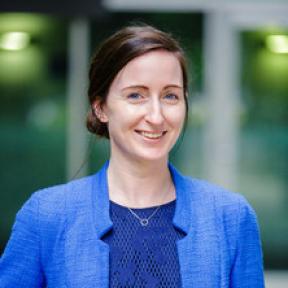 Being and Becoming an Academicin the Neoliberal UniversityDr Eimear EnrightUniversity of Queensland, Australia Abstract: As early career academics (ECAs) functioning in and critical of a market-driven system of higher education, Enright... 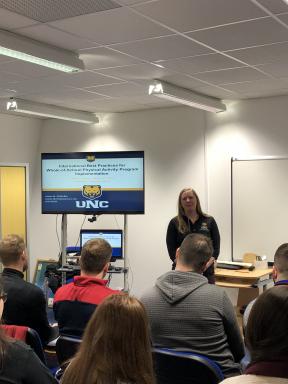 PEPAYS Ireland was delighted to host Dr. Jaimie M. McMullen (above), University of Northern Colorado, recently as part of the Guest Lecture Series.    The title of Jaimie's presentation was: International Best... 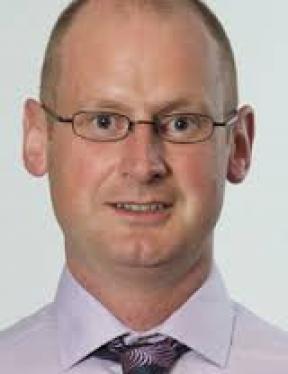 Keynote Responses The keynote address for the PEPAYS Ireland Forum 2017, "Wholism, the physical body and wellbeing education" was delivered by Dr. Maeve O'Brien (Head of the School of Development at the Institute...

Registration is now open for the PEPAYS Ireland Forum 2017. A preliminary programme for the event is outlined below and you can register at the following link. https://www.eventbrite.ie/e/pepays-ireland-forum-2017-tickets-34423439434 (https://www.eventbrite.ie/e/pepays-ireland-forum-2017-tickets-34423439434) PLEASE NOTE: FOR CATERING...

The Physical Education, Physical Activity and Youth Sport (PEPAYS) Ireland Research Centre is seeking a new Co-Director The mission of PEPAYS Ireland is use high quality, multi-disciplinary and multi-entity research to...

PEPAYS Ireland is delighted to announce the next speaker in our Guest Lecture Series, Dr. João Costa, Universidade Lusófona, Portugal. The presentation will take on Wednesday 1st February at 12pm...

This years the Irish Primary PE Association (IPPEA) conference will take place in Croke Park on the 11th of March. The theme of this years conference is "Time to change the game? Re-imagining primary...

PEPAYS Ireland is delighted to announce the following presentation which will take place on  Wednesday 8th February at 4pm in UL (P1007) as part of the Guest Lecture Series Title: Tactical decision making...

Upskilling modules at IT Tralee

The IT Tralee will run a series of up-skilling modules in Tralee over the coming months. These subjects are all based around the seven strands of the Physical Education and...

Mary Immaculate College in Limerick are looking for a Temporary Research Assistant to work on a research project on Sedentary Behaviour Questionnaire (SBQ) – reliability validity study. Further information and... 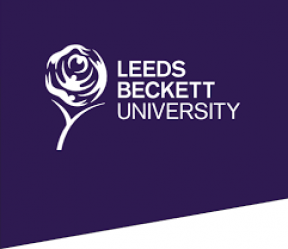 A call for papers has been announced for the Gender, Physical Education and Active Lifestyles: Researching Young People's Experience Conference at Leeds Beckett University. The conference will take place on...

We are delighted to bring the latest edition of the PEPAYS Ireland newsletter. Thanks to everyone for their contributions. Click here (images/Newsletter5.pdf) to read it.

The Department of Physical Education and Sport Sciences at UL is delighted to offer the following positions. PhD Studentship Physical Activity and Health:  Healthy Ireland Demonstration Project Further details can be found here....

PEPAYS Ireland is happy to advertise to our readers a Job Advertisement for Assistant Professor at the University of Bern, Switzerland. Further details can be found here. (images/BernAssistantProfessor.pdf) 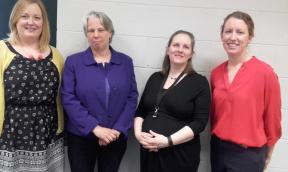 Just setting the scene for the annual PEPAYS Ireland Forum 2016. Our good friends in IT Tralee, who will be hosting the event on Monday 30th May, have created this...

Seminar: ‘Rich tasks’ as a framework for innovative assessment in teacher education

NATIONAL FORUM FOR THE ENHANCEMENT OF TEACHING AND LEARNING IN HIGHER EDUCATION Seminar title: ‘Rich tasks’ as a framework for innovative assessment in teacher education   ­­­­­­­­­­­­­Date: 9 May 2016 (9.30am to 4pm...

PEPAYS Ireland is delighted to announce the next presenter, Professor Cedric Roure, in the Guest Lecture Series which will take place on   Wednesday 11th May at UL in room P1007...

INTERNSHIPSDepartment of Physical Education and Sport SciencesUniversity of LimerickJune 2016 to May 2017 The PESS Internship is an opportunity for individuals to spend up to eight weeks in PESS gaining experience in... 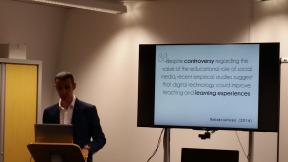 As part of ​PEPAYS Ireland guest lecture series, we are delighted to welcome    Dr Antonio Calderon, UCAM Catholic University of Murcia (Spain)    to the University of Limerick to deliver a presentation on    THE...

The launch of the Healthy Ireland National Physical Activity plan took place in Dublin yesterday. The plan can be accessed using the following link:  http://health.gov.ie/wp-content/uploads/2016/01/Get-Ireland-Active-the-National-Physical-Activity-Plan.pdf (http://health.gov.ie/wp-content/uploads/2016/01/Get-Ireland-Active-the-National-Physical-Activity-Plan.pdf) 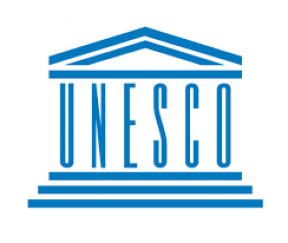 NEW UNESCO International Charter for Physical Education, Physical Activity and Sport. In twelve brief articles, the revised Charter serves as a universal reference on the ethical and quality standards of...

PEPAYS Ireland Let’s Talk Series: Promoting physical activity and health through physical education: 25 years of lessons learned PEPAYS Ireland is pleased to announce another session in the series of “Let’s... 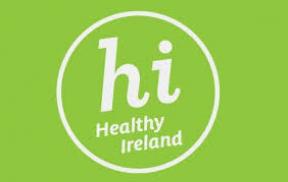 Healthy Ireland was launched in 2013 with the aim of providing a framework for action to improve the health and well-being of the people of Ireland. Yesterday the Minister for...